The children of Tonga are learning that Santa Clause may in fact be a Fijian Indian looking guy who sounds like Steve Irwin, and on a bike too suave to be bought locally, he randomly pulls up at street corner stores and buys all the kids in line a chocolate bar. He then rides off without saying no more than a grin.

The man of mystery is of course me. What I’ve described is all part of my discovery of how much further money can go in other countries. Not through the weakness of their currency, but through the strength of my generosity.

A another deed was when a student who works at the school restaurant had her husband attending a dinner to celebrate his birthday. I had already agreed to pay for the cake she was planning to surprise him with. Unfortunately, at the dinner they hadn’t prepared the icing. She was devastated, but I took a photo of them, and surprised her with a framed family photo the next day. When I arrived 5 months ago, lost in town, she gave me directions and paid my bus fair, so I was determined to return the kindness.

The whole ordeal cost no more than $15 Australian Dollars, lunch back home, but here it led to a feeling more fulfilling than a full stomach. Of course buying someone lunch back home would still be kind, but along side the volunteering I was doing here and there, previously without a job, that would be the limit of my capabilities. It’s great to be in a position here where it’s so easy to go above and beyond for others. Even with out the beard and belly, the joy I can bring makes me feel a bit santa-ish.

Other involvements in the community include spending Saturday mornings reading and playing with the local children at Kids Klub. It reminds me of the Wonder Factory at the Childrens’ Hospital in Australia, but with the exception of the Playsations, Xbox’s , Wiis, and hundreds of board games and toys. That doesn’t mean the kids in Tonga don’t laugh just a loud or smile as sincerely. I’m really enjoying it, though it’s a challenge explaining how I’m Australian… but don’t look like the others.

Through my involvement in the ICON youth group, I got to participate in a charity day, venturing to some eye opening areas of the country. Regardless of the surroundings, and the fact I was in a traditional Tongan outfit, I still took the chance to break out into a dance when Justin Bieber – Baby came blaring out of one of the teenager’s phones. It seems we all can fit music and dance into our lives. This was another of the many experiences I’ve had here that convince me it’s a language of its own. Commonly understood, and uniting people regardless of their origins or differences.

I wrote more about that specific experience here. Meanwhile, this month allowed me the chance to personally get closer to ICON’s members. I learned about the difference that the group had made in their lives. Giving them a creative outlet and steering them off the path of alcohol and drugs, which is unfortunately so accessible and temping when unemployment is common, and opportunities sparse. To a degree I could definitely relate, dancing and music didn’t save me from anything, but certainly gave me a lot more to look forward too.

In the context of work and my actual volunteer assignment, there has also been revelations. I created a new revenue stream and learning experience at my school, successfully organising a student-run tour for the guests of a visiting P&O cruise ship. There was also a promising phone call from a CEO, and the start of a relationship with a Marketing Manager whose working experiencing spans the same amount of years that I’ve been alive.

However, things weren’t always so pleasant. I’ve made the mistake in the past of not voicing my concerns to my employers, but with the sacrifices and investments I’ve made, I found it crucial to speak up when I felt my assignment wasn’t progressing as successfully as it could. It wasn’t easy, but the outcome as worth it. Adjustments have been made, and feeling more supported, I’m really excited about what I can accomplish during the final half of my assignment.

I plan to aim high, but the expectations I put on myself, and the attachments I form to specific outcomes,  have unfortunately been at times, a burden, my downfall, and a source of unneeded stress. The stress is a slippery slope, and before long, I’m nervously anticipating where I’ll end up after this, and questioning if I was even correct in my decision to come here. Once I’ve slid all the way to the bottom, I’m almost certain of my failure based on a past that I’m not always proud of.

Helping me climb my way back to the top were the authors Kamal Ravikant – Love Yourself Like Your Life Depends On It and Brene Brown – Gifts Of Imperfection with  quotes like these and  plenty of more practical advice in their respective books..

“The key, at least for me, has been to let go. Let go of the ego, let go of attachments, leg go of who I think I should be, who others think I should be. And as I do that, the real me emerges, far far better than the Kamal I projected to the world. There is a strength in this vulnerability that cannot be described, only experience.” – Kamal Ravikant

“Faith is a place of mystery where we find the courage to believe in what we cannot see and the strength to let go of our fear of uncertainty.” – Brene Brown

After the books are closed, if I’m still not close enough to where I want to be, I can always count on the outreached hands of my friends. They digitally cross the distance between us through phone calls, Skype video calls, emails and the occasional Facebook comments. Of course I’ve also been lucky to meet some great people during my time here. Overall, the acquisition of new friends and the separation from existing ones has shown me how crucial the right kind of company and support is. No matter where you are in the world.

That’s pretty much it for me. Between chilling by the water, playing ultimate frisbee, getting chased by dogs, writing the best wedding speech ever, and planning my holiday to Fiji, I’m getting excited to start my next special project since finishing my ebook. This one definitely won’t come as quickly or easy, as its already been a goal for almost 3 years now. Frustrated and close to giving up on it already, a quote by Layne Norton in his video blog on Happiness and Accomplishments, got me to reconsider, so stay tuned.

“What does quitting do for you? You have a goal but you say it’s too hard or it’s taking too long, so you decide to quit. Do you suddenly magically not want that thing anymore? Of course not.” – Layne Norton

For the Boy Under the Bridge, I’ve personally received praise from an author I look up to, had another author post a photo of my book on Facebook to an audience of over 100K, I painted and branded a bin that will be placed in a popular waterfront area, I’ve had more people connect with me on forums, and I’ve even had a skype call with my first ever proper fan from across the other side of the world! She’s quite a number, but I heard staying single is better for sales. I’m also working on a new type of content, so once again, stayed tuned.

At 11.55pm there is 5 minutes until June 2014 is over. I’m sitting in a backyard club house creatively constructed out of an array of materials. It’s holding around 20 Tongan guys, some drinking a traditional drink called Kava, the rest playing the not so traditional game of Jenga which I brought over from Australia. With a laptop full of music, Im also acting as the DJ while I’m typing away. Someone requests Audio Slave, I put on “Like a Stone” and together we all start to sing… 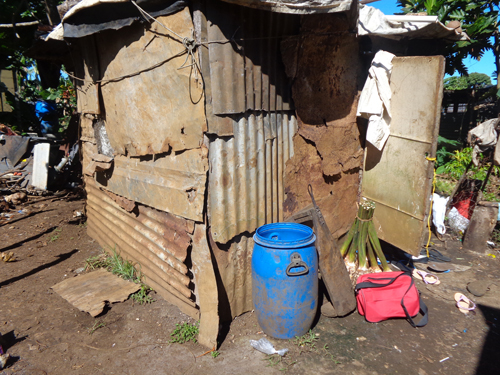 One of the houses we visited during charity run 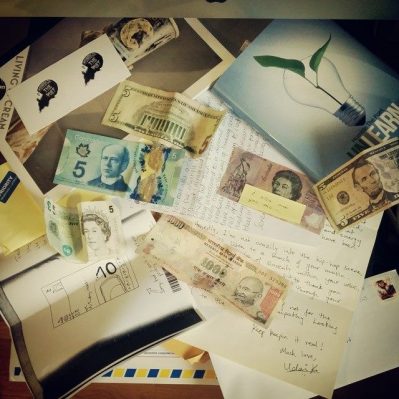 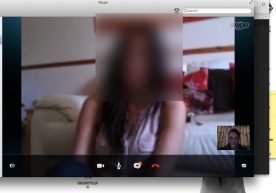 Skype with my first Fan 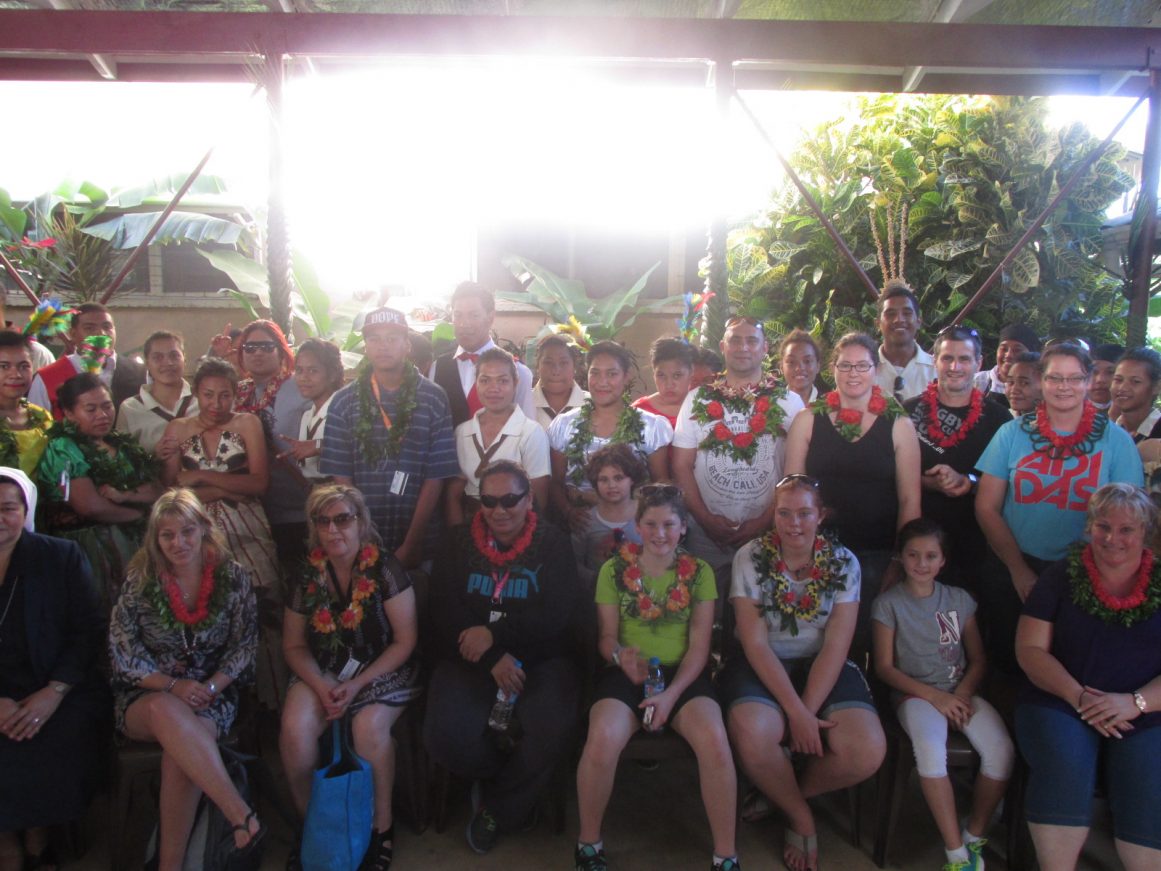 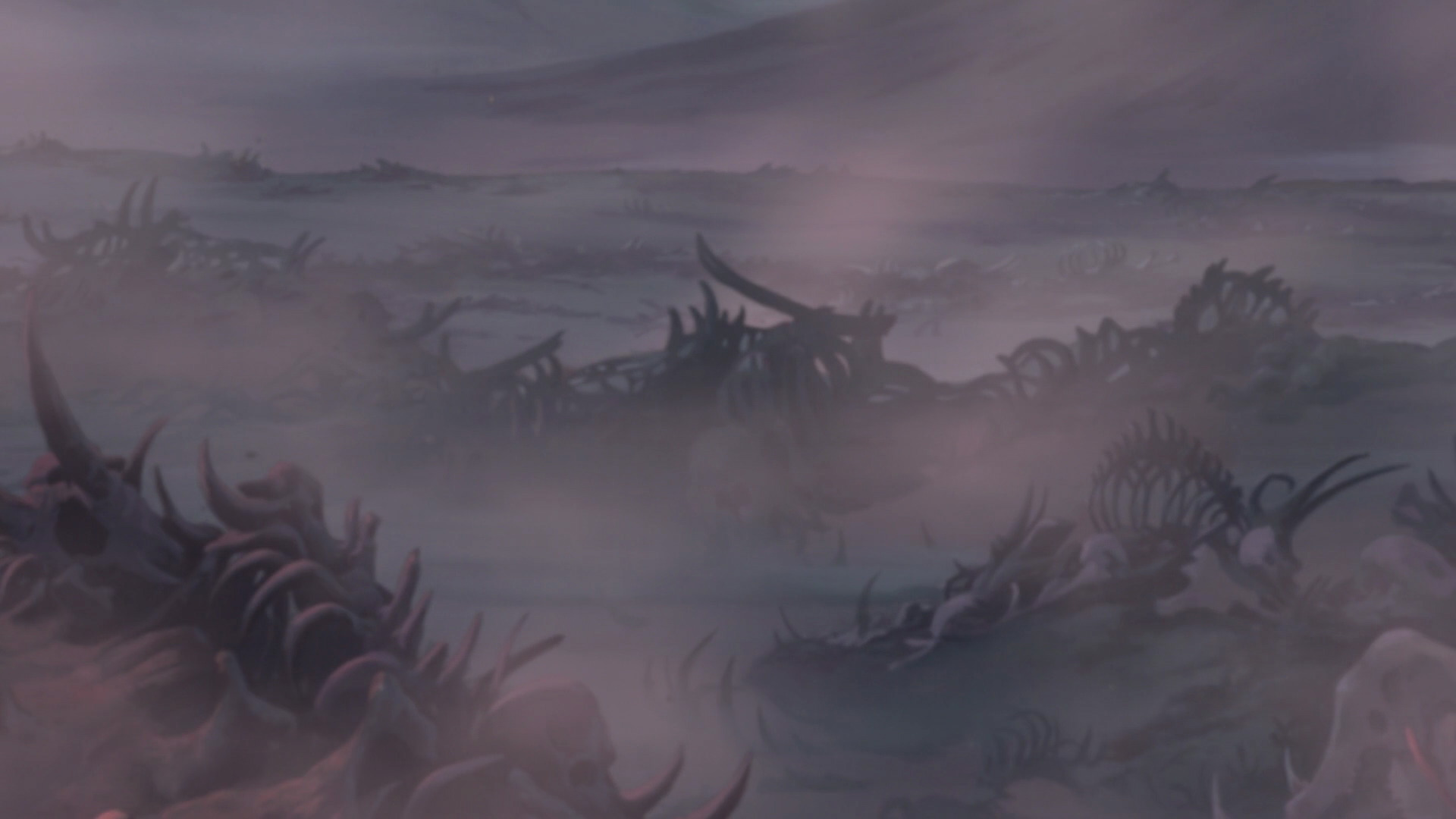 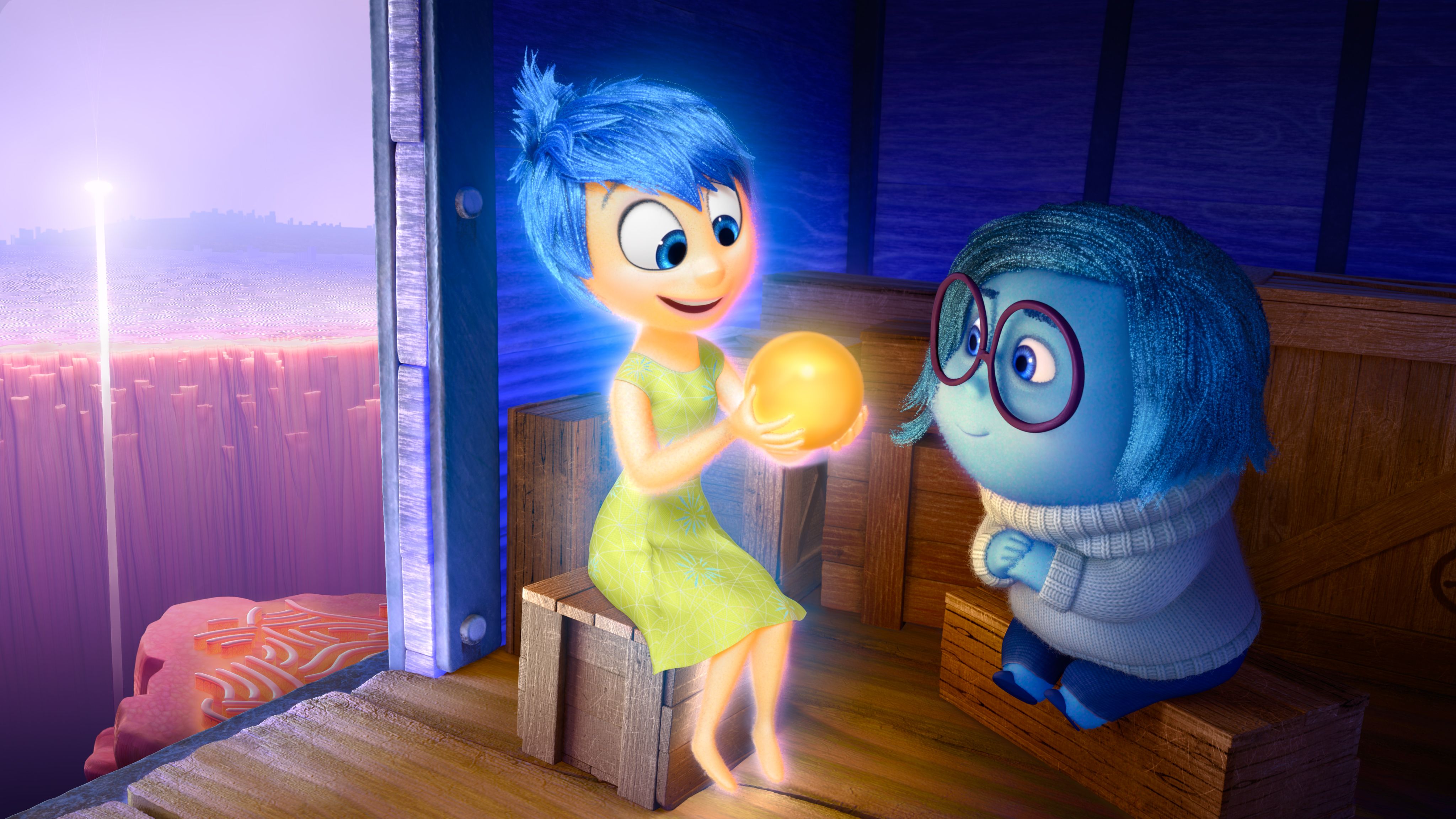 5 Insights from Inside Out 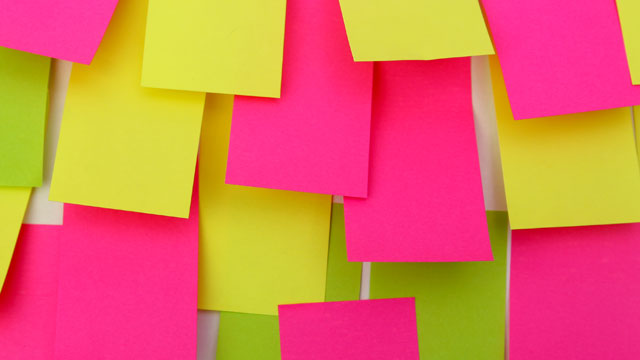 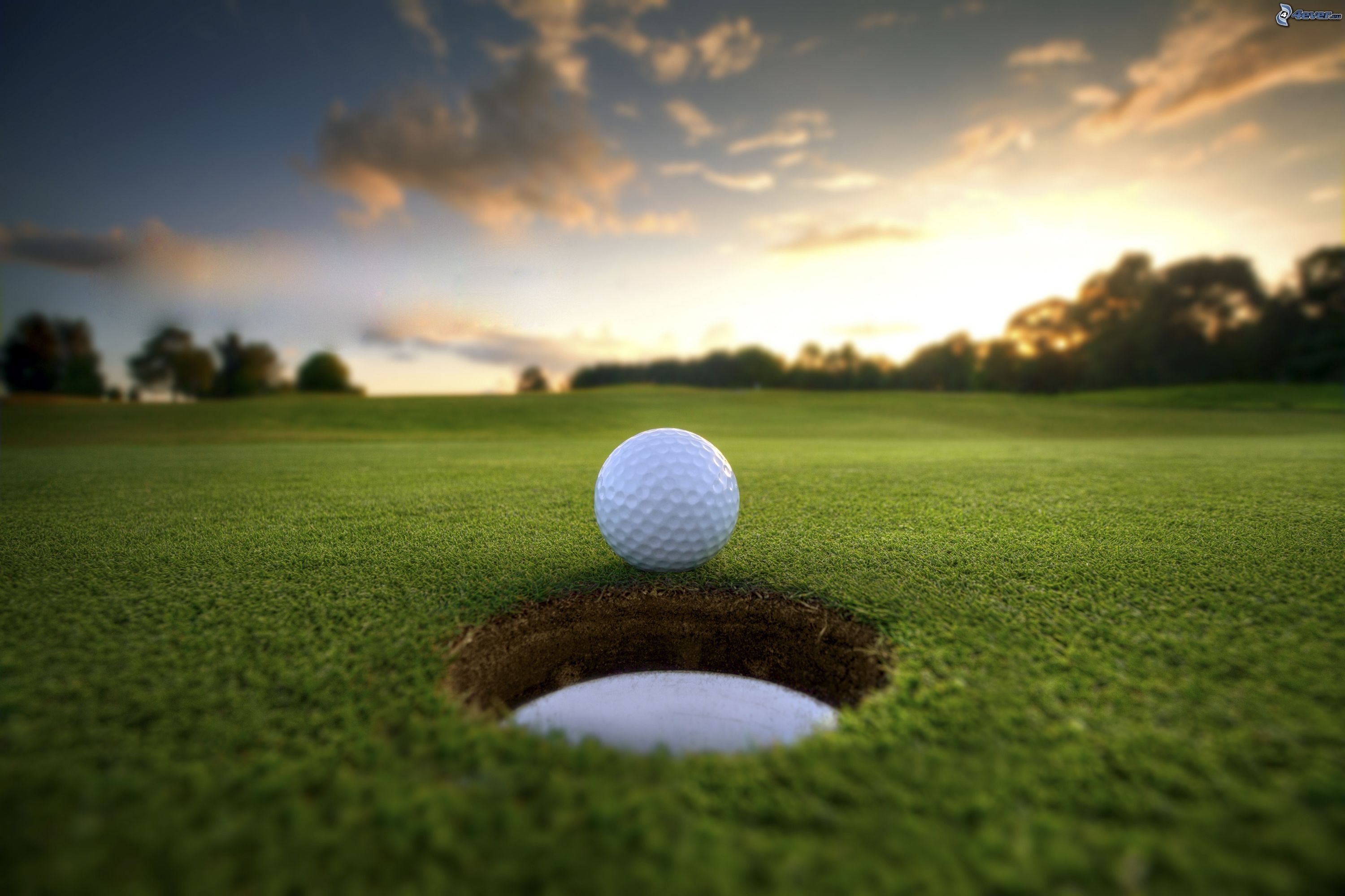 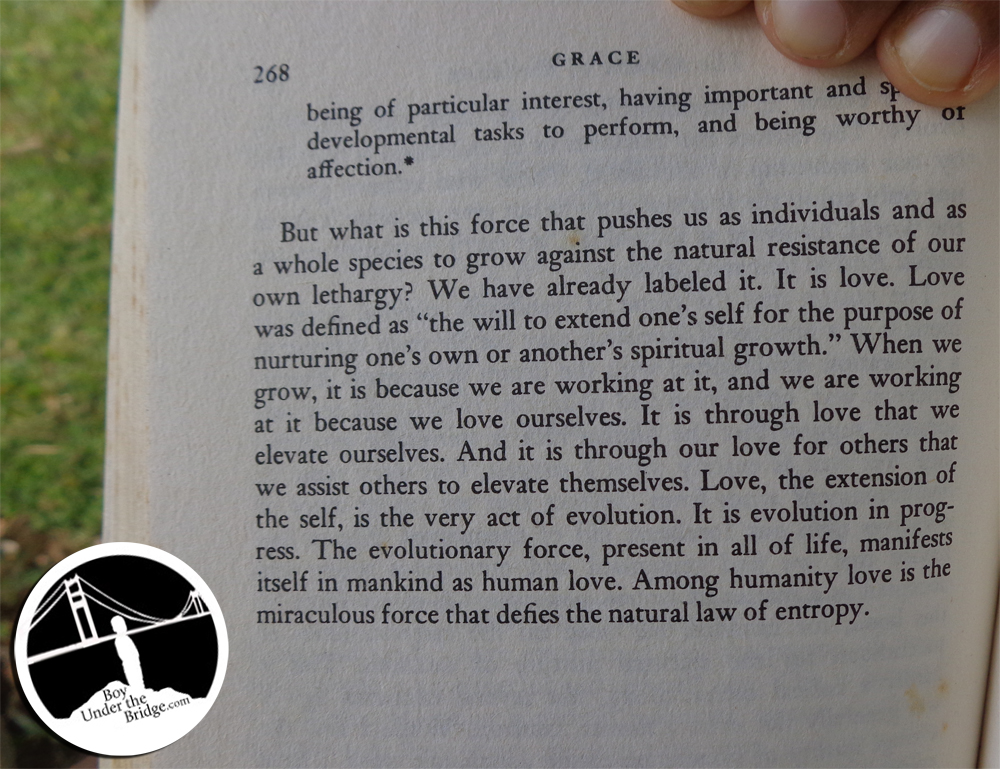 A Better Definition of Love