A Tribute to Chester

Despite the link pointing to the Rolling Stone website and clearly reading, “Chester-Bennington-Suicide,”  I was sure there had to be some sort of mistake.

I took a deep breath and clicked through. Sadly, finding it all to be true.

Tributes started popping up everywhere. I figured I should post something, but I needed time. Time to backtrack a whole decade and a half and remember just how much Chester and Linkin Park once meant to me.

Hybrid Theory was the first album I ever owned. I have particularly fond memories of playing it endlessly on repeat during family holidays and while gaming with friends. As a typical angsty teenager trying to find my place at school and at home, their lyrics voiced what I couldn’t. My discovery of Linkin Park was my discovery of music itself. They showed me that you don’t just listen to music; you feel it.

As my tastes changed with age, I showed less and less interest in their newer material. Of course, I’d still throw on the old track here and there. I thought of Linkin Park as a band that knew their market and just ‘did their thing’. But clearly, there was so much more to their music — and to Chester. The same article about his suicide also mentioned his history of sexual abuse and addiction, as well as how devastated he was about the suicide of his dear friend and fellow artist, Chris Cornell, only a few months ago.

My stomach tightened as I questioned whether the waves of criticism towards their latest album had anything to do with what had happened.  I’ll admit to laughing off its lyrics such as: “I don’t like my mind right now, stacking up problems that are so unnecessary.” Not realising just how real and raw they were.

Fame and success should’t exempt anyone from our kindness, respect and compassion. It shouldn’t be, but it’s easy to forget that celebrities are people, too. We wrongly assume that they have a higher threshold for ‘taking crap’, when in reality, they can be just as fragile as the rest of us. One particular statement Chester made in a more recent interview, really stands out now:

“People think that if you’re successful, all of a sudden you get some card in the mail that says you’re going to be totally satisfied for the rest of your life. It doesn’t work like that…”

I feel for his family, the other band members, and all the other fans out there. It’s not easy to see your heroes fall. A good friend, who had only seen Linkin Park play two weeks ago, posted this touching message online:

“I am just a small speckle in the world of 7.4 billion people and I’m not alone in saying that I have not had the easiest life but your music has saved me from the deepest and darkest moments of despair. Moments so dark that I too could not see a way out of but your music offered me that little glimmer of hope and the courage I needed to push forward.”

As we consoled one another, I told her that the best thing we can do in memory of those we have lost is to keep pushing forward, ourselves. Keeping close to our heart, the thought that these people never really leave. Because of the way the have touched and influenced us, they live on with us.

It’s baffling how someone with a family, an active career, millions of fans, and complete financial security, could still see nothing to look forward too. But that’s just the nature of the beast that is depression. Despite how great things may be going for the most part, it only takes a few seconds for things to change forever…

One thing that does help — as Chester spoke about in the interview I linked previously — is awareness. Knowing where you’re at and taking steps to keep yourself safe — removing any dangers from your physical environment and having the right numbers on speed dial:  friends, family, and crisis lines etc.

For anyone hanging on, let this boy from under the bridge, also share something with you that’s kept me looking up over the years. It’s a quote from Matt Haig’s book, Reasons to Stay Alive.

“You will one day experience joy that matches this pain. You will cry euphoric tears at the Beach Boys, you will stare down at a baby’s face as she lies asleep in your lap, you will make great friends, you will eat delicious foods you haven’t tried yet, you will be able to look at a view from a high place and not assess the likelihood of dying from falling. There are books you haven’t read yet that will enrich you, films you will watch while eating extra-large buckets of popcorn, and you will dance and laugh and have sex and go for runs by the river and have late-night conversations and laugh until it hurts. Life is waiting for you. You might be stuck here for a while, but the world isn’t going anywhere. Hang on in there if you can. Life is always worth it.”

Chester, I was twenty when I first met you, but I had been a die-hard fan since fifteen. I remember being wide-eyed and lost for words as we shook hands. The concert was great, and six years later you returned to put on an even better show. You were a driving force in the genre of Nu-mteal. You introduced many to music itself, and your voice was a siren of sorts, helping us to navigate the turmoil of our inner-worlds to safer shores. I’m deeply sorry you felt the way you did and that you felt there was no other way out. I just hope you’re at peace now, or better yet, rocking out with Chris among the stars you sing about in the track, One More Light. Rest in peace.

A Soul Too Soon 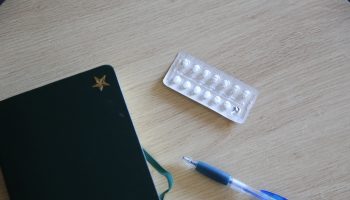 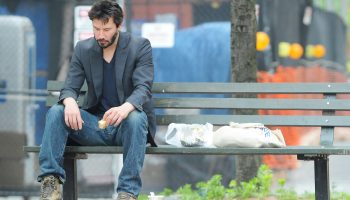 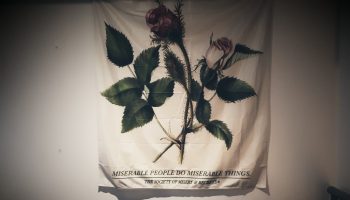 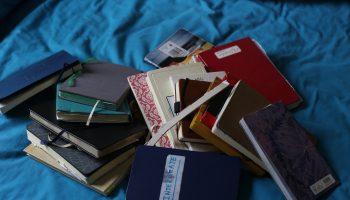 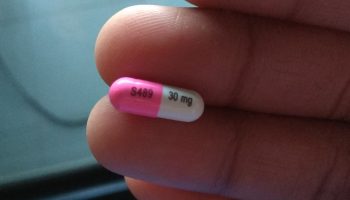