The main story line by Boy Under the Bridge on August 9, 2015 1 comment Moving to Sydney self-improvment 1688 views

These words brought a smile to my face, which was far from my expression when my doctor suggested I go on Zoloft; and nothing like the looks my co-workers had when I arrived at the office in thongs, with a smell emanating from my feet as a result of that morning’s plumbing problems.

I left my housemate with a mop in hand and feet in sewerage water as I hurried to work. But not without first returning with a fresh muffin from the cafe down the road. It wasn’t much, but it was what I could do.

When I got here 3 months ago, I didn’t feel the same way about making it through winter. I honestly thought I would crumble; break; snap – or one of the many physical depictions of mentally giving in.

It’s been a challenge. The transition from a slow island in the South Pacific to Australia’s biggest city isn’t easy – or easily explained. To many it’s all ‘just another day’, but I can’t help being put off by the overpowering cold, cement surroundings, and presence of consumerism.

So understandably, there have been many nights where I’ve been left asking myself: “Why did I come here?” But truth be told, a few months ago, there were just as many sleepless nights spent keeping company to the thought: “Why stay here?”

But as my new housemate rightfully stated:

I feel it’s important to mention that this experience has introduced me to what share housing is really like. Previously, I’d only lived with close friends. I’ve since learned that differences are to be expected, but also traversed through honest conversation. In this instance – despite our differences in where we’ve come from and going – we discovered a rather unexpected mutual understanding. It’s that wherever you go, so will whatever you’re trying to escape.

I know the importance of properly addressing ‘issues’ rather than avoiding them. I work for a non-profit organisation that promotes positive mental health… yet I’m having trouble staying positive – and worse, staying me. Bascially, failing the advice of one of my inspirations, Robin Williams:

“You’re only given a little spark of madness. Don’t lose it.”

Though various books, I’ve been exploring the idea of life itself being comprised of many instances of dying and being born again. The one requiring the other; letting go being the only way to have our hands open to receive. I don’t feel like the person I used to be (especially at work), but I’m holding onto the belief that it’s a natural process in the same way that a snake sheds its old skin for the sake of new growth.

Vivid, but the thought gives me comfort in what I’m doing: leaving home for the second time to  ‘start again’ and hopefuly figure out myself and my place in the crazy world. Sure, it could be me that’s ‘crazy’. But that would make days founded on coffee, cigarettes, high costs of living, and long crowded commutes… normal.

Maybe it is, and maybe this just isn’t the lifestyle for me. I’ve been exploring the ideas of minimalism and other alternative ways of living. The central theme being that one is encouraged to evaluate their obligations and desires against what they truly need to be ‘happy’. (Whatever that means, it should be defined by the individual, not marketers).

Without a doubt, these are all questions that first emerged last year while I lived in Tonga – a place where people had much less, but smiled so much more. There are Ted Talks on the topic as well as blogs from people like Lauren who are living their answers. (I’ll be Skyping with her shortly!)

It does seem that whenever we leave – and wherever we go – we run the risk of finding more questions than answers. Some settle, and some keep seeking. I don’t think either is particular the wiser. There’s many ways to live this thing called life. I had no idea about most of them until I stepped off the ‘road most traveled’ for the first time in my life last year.  My remaining commitment here in Sydney is 9 months, but I have every intention of making this place my permanent home if I can. I knew it wouldn’t be easy, but I promised myself I would try.

Before going on medication, there’s certainly things I will try… like following the advice that I spend 40hrs a week ‘giving’.  That means doing things like eating and sleeping well; and getting enough exercise, sunlight, and social engagement. I’ve also found getting enough ‘me time’ to pursue my hobbies to be essential to my wellbeing.

These are all things that definitely make one feel better. Except, ‘feeling better’ seems to be the prerequisite for having the energy and motivation to attempt these things in the first place. It’s kind of a ‘chicken and egg’ situation, so we’ll just have to see what hatches. In the mean time – as I have through every dark storm that I’ve weathered over the years – I know that I can find solace between the pages of books.

Philosophy’s main task is to respond to the soul’s cry; to make sense of and thereby free ourselves from the hold of our griefs and fears.  – The Art of Living

It’s possible I might just end up passing through. But then, just like Tonga, I’ll hopefully leave with this place, and myself, being that little bit more better off. 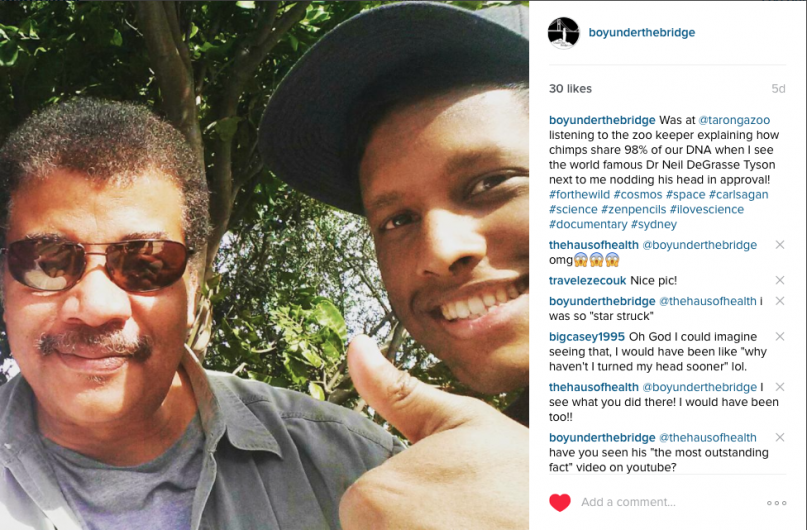 You never know who you’ll meet at the Zoo! 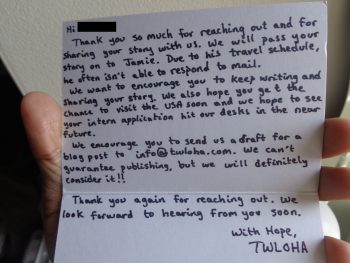 From the organisation To Write Love on Her Arms 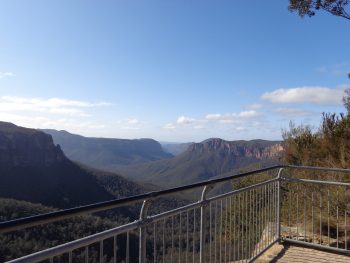 Escape to the Blue Mountains. 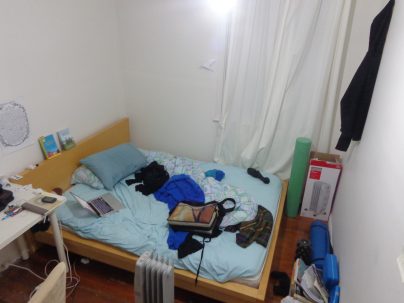 The first tiny room I lived in. 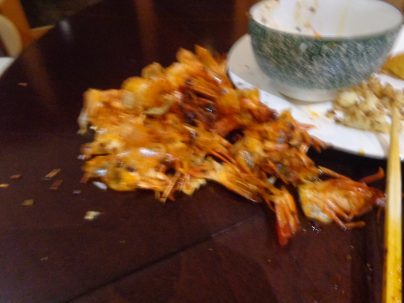 The first house I lived in! Glad to have left. 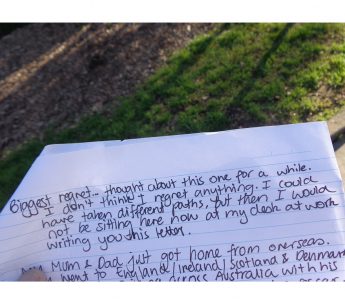 Letter from a friend back home’. It made my week.
Tags : Moving to Sydneyself-improvment
previous article 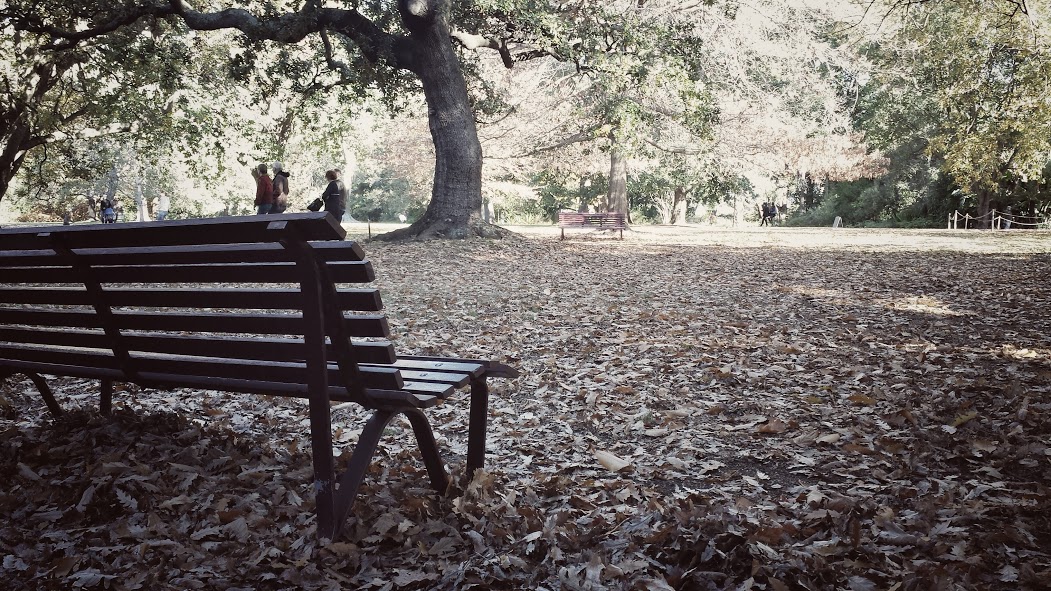 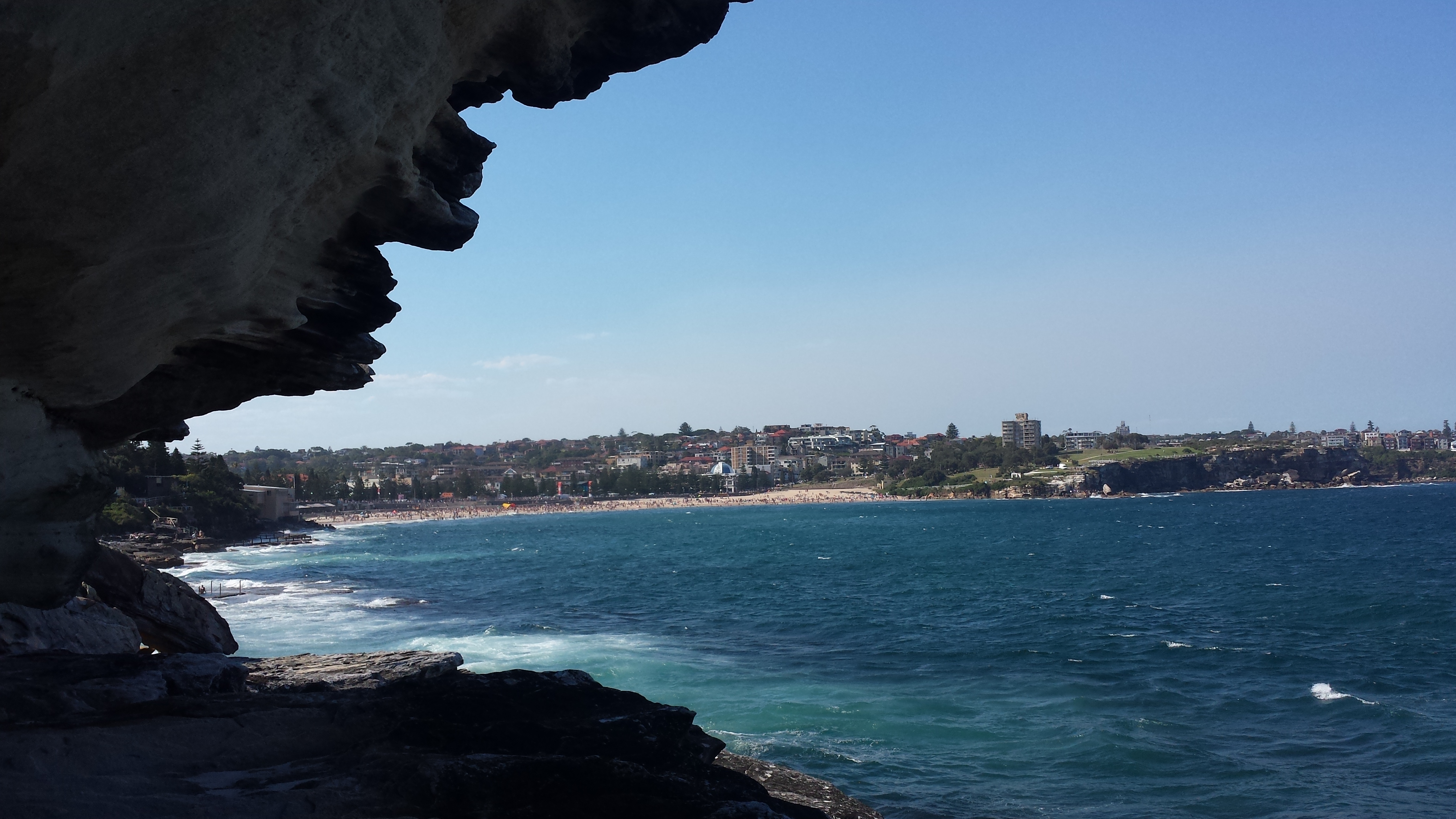 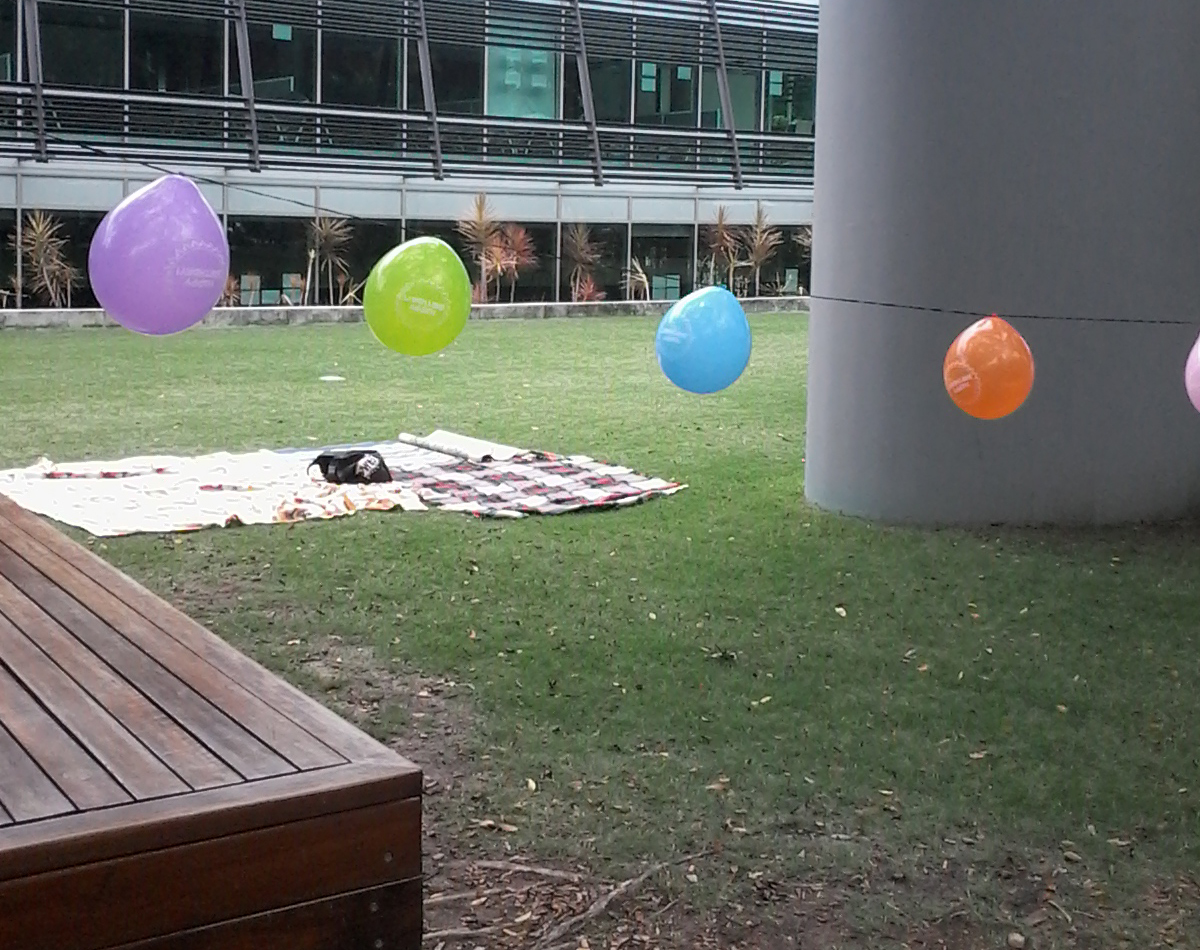 Where the heart is 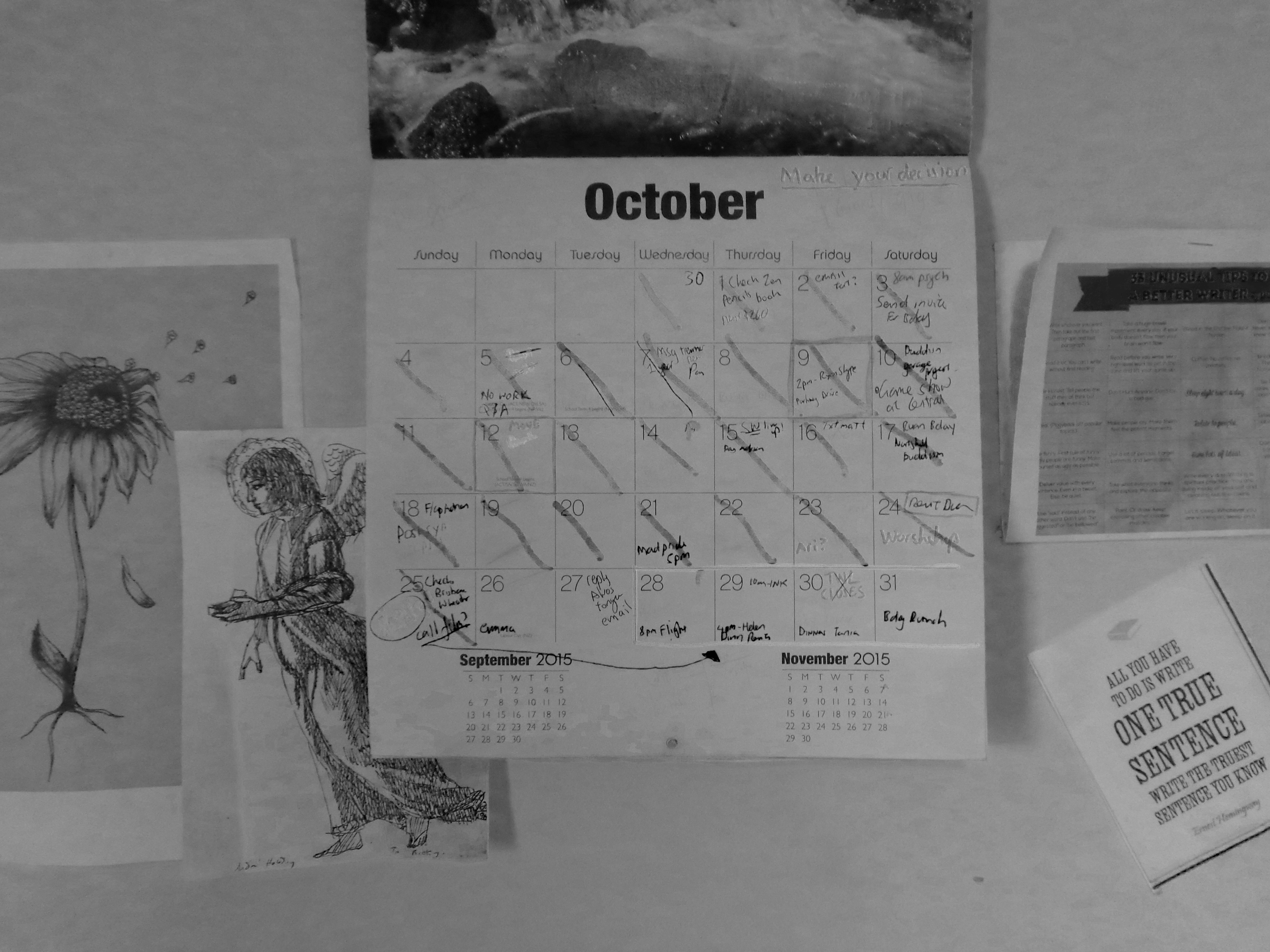 The Coming of Days. The Passing of Years. 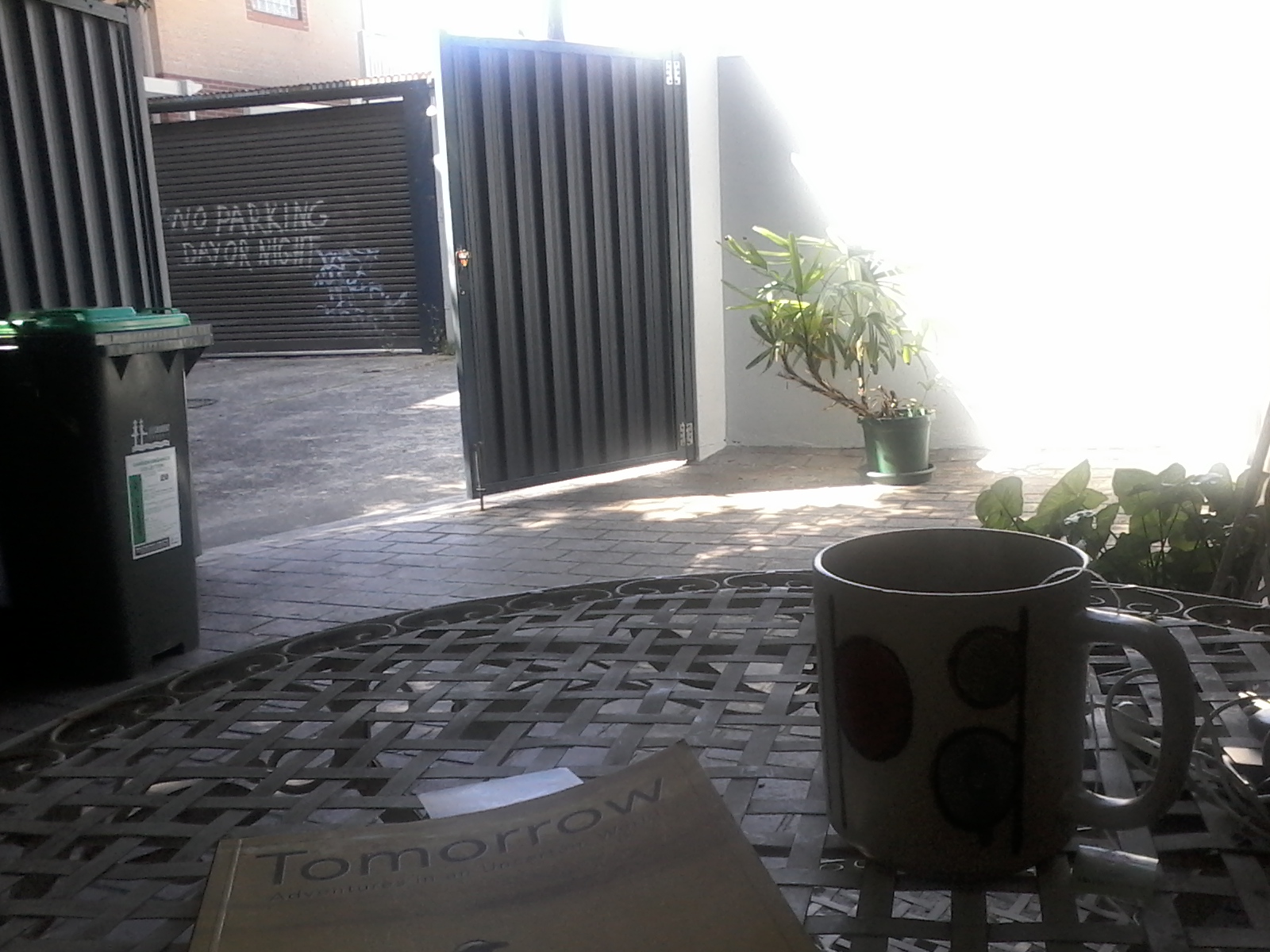